1 What is Jamón?
2 Jamón is tradition
3 Jamón culture
4 Jamón is unique in the world
4.1 What differentiates Jamón de Bellota ibérico from the rest?
5 Difference between Iberian shoulder and Iberian ham
6 Do you want to know more about Spanish ham?

Jamón/Ham is a symbol of Spanish cuisine and a gastronomic attraction all over the world. It is a star product that is a must in practically every kitchen and restaurant in our country, and we have ingrained it in our culture as an essential icon.

The Mediterranean climate has made the Iberian Peninsula the ideal place for the breeding of Iberian pigs, from which comes the highest quality product in the world of ham: Jamón Ibérico/Iberian ham. 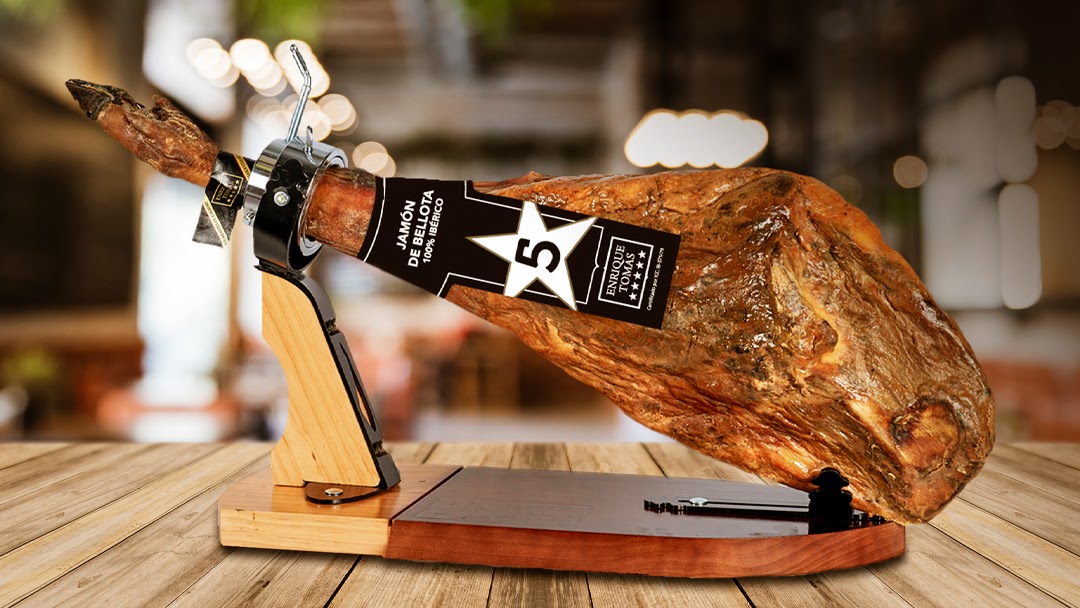 As we say at Enrique Tomás, ham is nothing more and nothing less than "a leg of pork cured with salt and time". Elaborating a Jamón can take up to five years of dedication, from the attention and care of the pigs so that they grow healthy and strong, to the conservation under very specific conditions and the slow and patient "cooking" to finish with a precise cut. For this reason, it is a select, quality product. A food that does not serve to take away hunger, but rather to give us pleasure.

As we have said, Jamón is typical of Spain and is something very much our own. It was born out of the need for preservation. We are talking about a time when there were no refrigerators or cold stores. The aim was to preserve meat for as long as possible. The only way to preserve it was by curing it, soaking it in salt so that it would lose enough moisture in a certain way. This is how the leg ended up becoming something fantastic and delicious.

This tradition was passed down from generation to generation until the Jamón producers, as we know them today, came into being. These are the ones who are professionally in charge of "cooking" it with their art and know-how, based on time, wisdom, care and salt.

Nowadays, with new technologies, jamón producers have been able to evolve and innovate, always for the benefit of the product and following irrefutable hygiene and quality standards.

Jamón culture has crossed borders. In Spain it means many things, this product is a good gift, something very typical in a family aperitif, a "must" in Christmas hampers, the star dish of a romantic dinner, the excuse or the reason to go out for a few drinks with friends or the reward for having had a bad day. All of these things have become deeply rooted, especially when tourists come to Spain and experience part of this ritual, try the product and love it. It is so irresistible that they want to take it home with them. And that's where we are to make it happen. 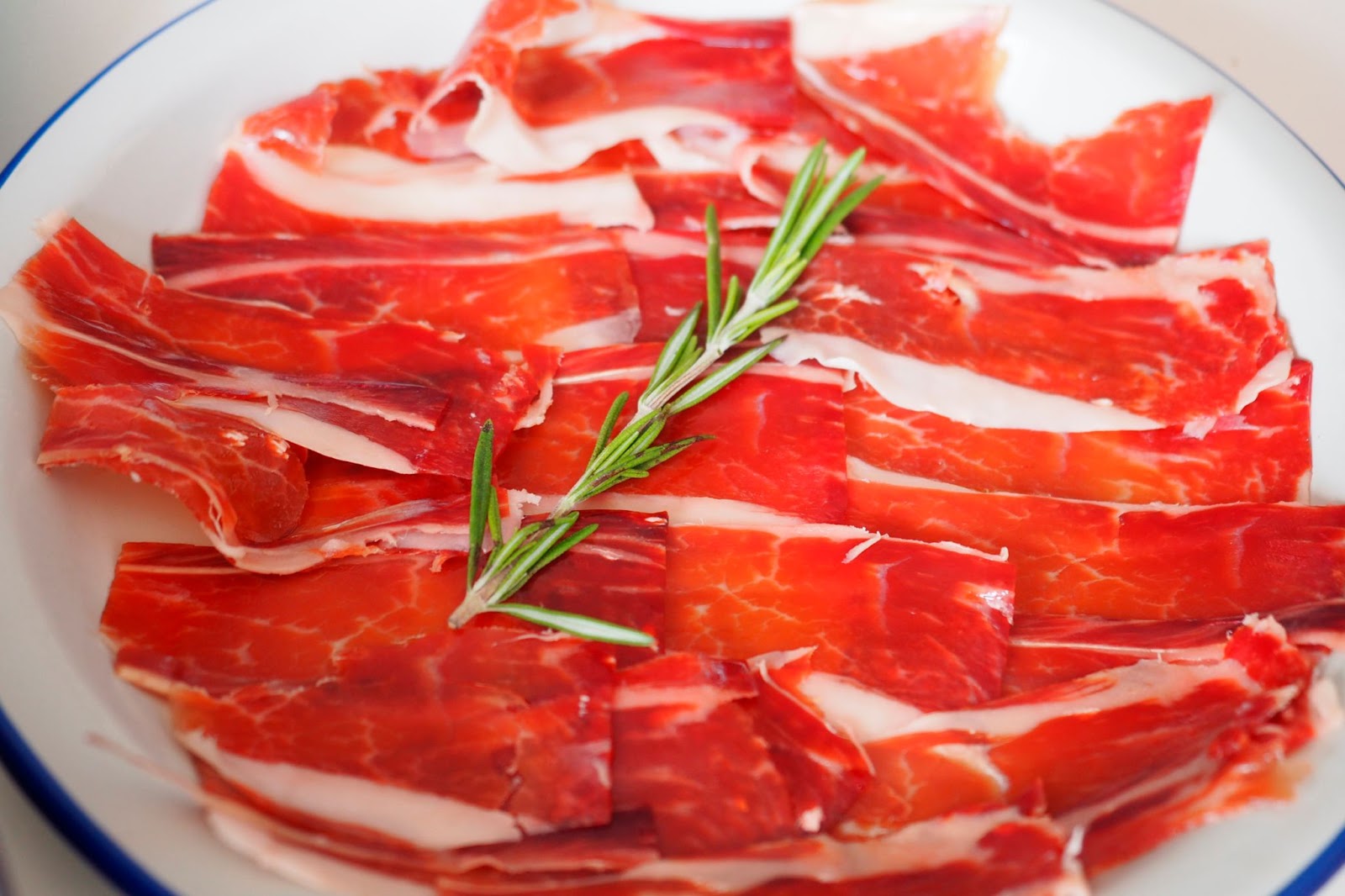 Jamón is unique in the world

There are two great traditions of artisan cured ham in Spain: Jamón Serrano and Jamón Ibérico.

We can differentiate between Jamón Serrano (obtained from white pigs) and Jamón Ibérico (produced from the meat of real Iberian pigs). Iberian hams are unique to the Iberian Peninsula and are used to make the famous "Jamón ibérico de bellota".

What differentiates Jamón de Bellota ibérico from the rest?

For a ham to be considered Iberian, it must come from a pig of the Iberian breed with at least 50% purity. This means that there are 50% Iberian, 75% and 100% Iberian hams. The purity of the breed is determined by the genetics of the pig, the mother will always have to be 100% Iberian, while the father can vary its percentage of purity or even be a non-Iberian pig.

In order to be acorn-fed (bellota), the pig in question, in addition to coming from the Iberian pig, must enjoy what is known as "la montanera", a period of freedom in the dehesas, where Iberian pigs reach their ideal weight by eating acorns, grasses and wild herbs, while exercising and moving over the long stretches of land. This allows them to produce juicier, more aromatic meat. 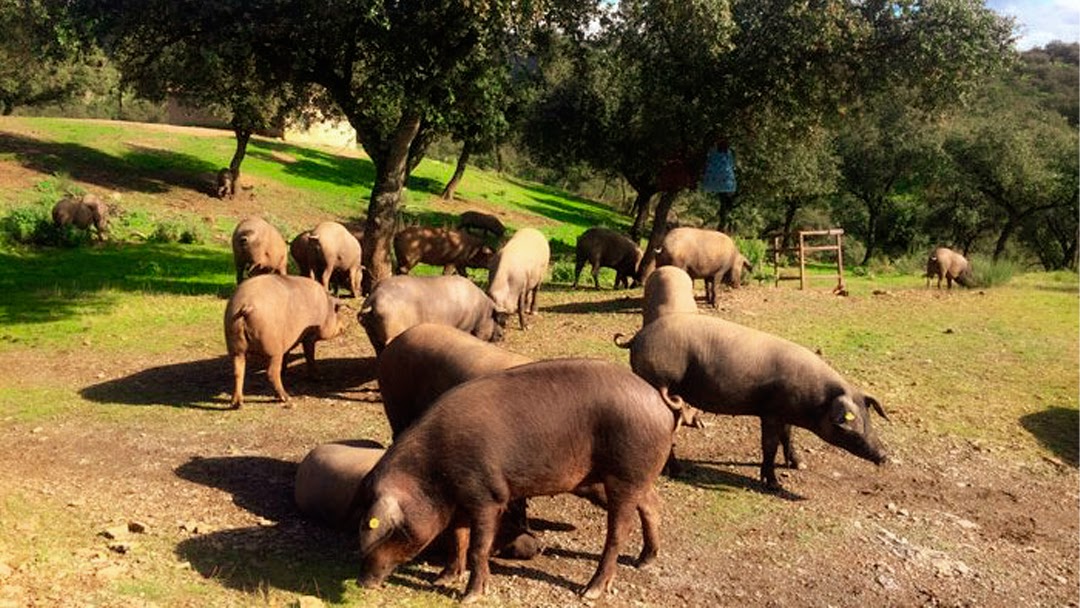 To get to know the different types of jamón available on the market and make a good buying decision, find out more about the world of ham and follow Enrique Tomás' advice!

Many customers ask us before buying shoulder or ham what the differences are between the two, especially from a quality point of view, whether to eat at home or to give as a gift. Our answer is always the same: as far as the breed is concerned, it is the same product, but in all other aspects they are totally different products. Let's take a look at the main differences: 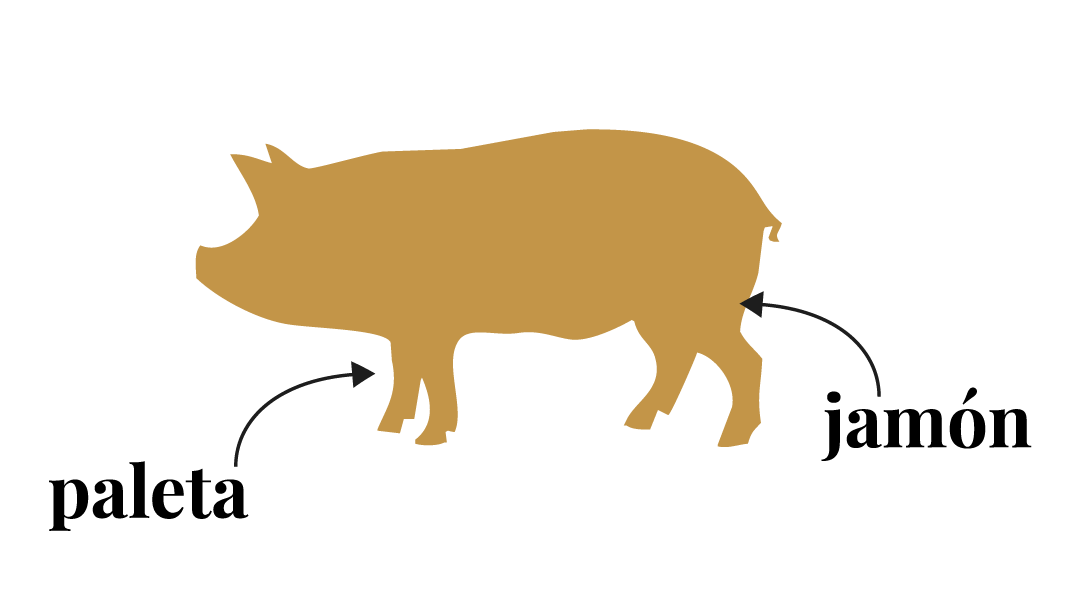 Do you want to know more about Spanish ham?

At Enrique Tomás we are going to give you all the information you need to become a Jamón expert, we want to give you the tools you need to discover which type of ham is right for you according to the purpose you want to use it for and your tastes. That's why we provide you with personalised attention and guaranteed quality, and we invite you to live the experience of eating ham!

Where can I buy Spanish ham?

You can buy it in delicatessen shops in the country where you live. If you can't find it and it's not the one you like, just order it through our website/online shop and we will send it to you quickly and safely wherever you want.

What is Spanish Jamón?

Spanish Jamón is unique in the world. It is made from the limbs of the white or Iberian pig, cured in salt and dried in natural cellars by expert ham makers who follow a long tradition passed down from generation to generation.

Which is the best Spanish ham?

To know which is the best, if you don't know them well, the ideal thing is to try them all and then the one you like the most will be the best. At Enrique Tomás we know that the best ham is the one that delights your palate when you try it, regardless of price or variety. The important thing is that, whatever it is, you buy the best quality in its range.

Do I buy ham on the bone or sliced?

Answer this question with another one: do I master the slicing technique? If you have never sliced Spanish ham before or you feel insecure, the best thing to do is to order it already sliced because not only will you not hurt yourself, but you will get more ham than if you cut it yourself because our experts make the most of it.

On the other hand, the great advantage of ordering it sliced is that you can consume it as you need it and over several months, while if you buy it whole (with bone) it is recommended to consume it in about three weeks and the shoulder in two weeks.