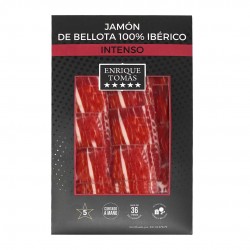 Jamón  for lovers of intense flavours! Precisely an intense flavor is what you can enjoy with this sachet of Jamón de Bellota 100% Ibérico, slices cut by knife and vacuum packed to preserve all its aromas and maximum quality until the moment you decide to open it and taste it. Indulge yourself in a good Jamón Pata Negra with Enrique Tomás' comfortable sliced sachets, we assure you that the Intense Jamón will become most certainly one of your favourites.

The Intense Jamónis the easiest to recognize of the four origins. The flavour of the Iberian products from this flavour is forceful, emphatic and simply amazing. Buying this Jamón is synonymous with intensity, its smoky nuances make this an unforgettable jamón, ideal to delight the most demanding palates. 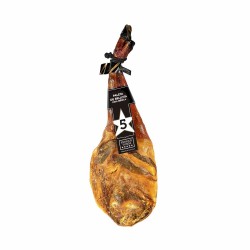 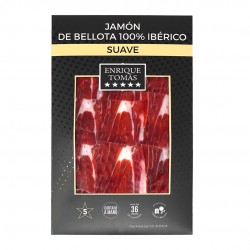 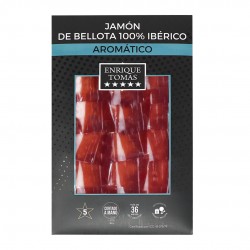