A 220-gram wedge of an extraordinary semi-soft goat cheese with less than 45% fat and a maturing period of 45 to 60 days. With this cheese wedge you can prepare great sandwiches or make a cheese board for a snack. Among the strong flavours, this is the softest, don't forget to try it!

Goat cheese is a very popular cheese, which, as its name suggests, is made from goat's milk. Although the fat content is very similar to that of cow's cheese, there are several types of fatty acids present in goat's cheese that give it its particular flavour. It is also known that this cheese has more protein content than other cheeses and that because it has such an intense flavour, it is usually mixed with other milks such as cow's milk.

Among the most outstanding nutritional properties of goat cheese we have a high content of minerals, especially calcium and phosphorus, which makes it ideal for the prevention of diseases such as osteoporosis. Sodium, potassium and group B vitamins are also among the benefits that this cheese offers us in every bite. 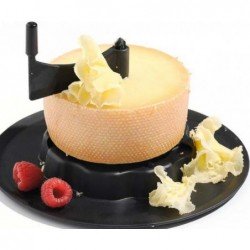 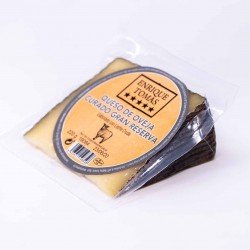