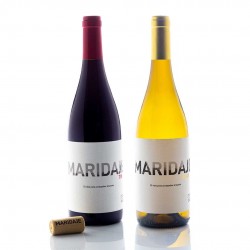 The white and red wine pairings (maridaje) have been specially created by expert oenologists for Enrique Tomás to accompany the Spanish Jamón. We always recommend white or sparkling wines such as cava or any sparkling wine because the bubbles help cleanse the palate and prepare it to receive the next savoury morsel. But if you are one of those who do not want to give up a red wine with jamón, we offer you our red wine pairing, a smooth and non-invasive wine.

We finally did it, as they say, whoever is next, gets it! Now we have found the best marriage of Jamón/ham and red wine. The experts agree that the best way to combine ham is with white wine or cava, but there are always those who believe in red wine to accompany ham. And it is not easy, you can have the best ham and a great red wine but when you combine them both are killed in a relentless duel. Separately yes but not combined. There are few reds that allow us to enjoy them if we combine them with the Jamón/ham and that also invade the aromas of the latter without letting us savour its texture and aroma. With this pairing of red wine with DO Montsant we have achieved the marriage of a red wine with jamón, because they marry perfectly. You will see...

About the white wine pairing:

Experts agree that, as a general rule, what goes best with a good ham is a white wine or even a cava. The reason for this is that white wine, due to its freshness and acidity, helps to cleanse the palate between slices of ham. So much so that it leaves the mouth prepared for the next bite without interfering with the flavours and textures. But Enrique Tomás went even further and wanted to seek out expert oenologists to find the ideal option to accompany the ham, so that in addition to letting us enjoy the ham as it should be, we could also enjoy a good wine to accompany it.

The two grape varieties from which this red wine is made are found in the Terra Alta D.O..

They are composed of 70% white Grenache and 30% macabeu from certified organic farming. The cellar is ECOVITRES, the vinification is done in stainless steel tanks for four months on fine lees. It is when tasting a wine with an intense and pleasant nose that one appreciates the notes of white fruits, citrus fruits and Mediterranean herbs, with a predominance of sour apples. A wine that expresses the purity and austerity of the Terra Alta territory. 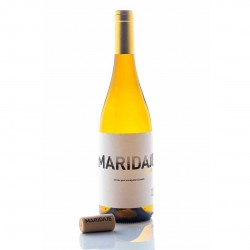 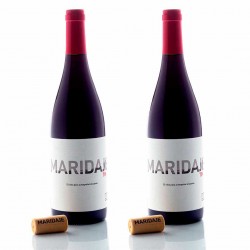 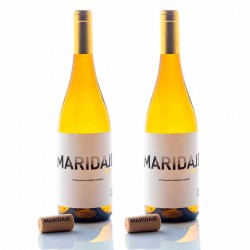