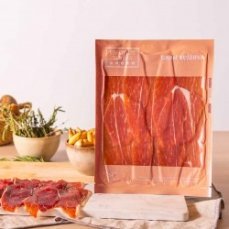 Characteristics of Duroc Ham and the pigs of this breed 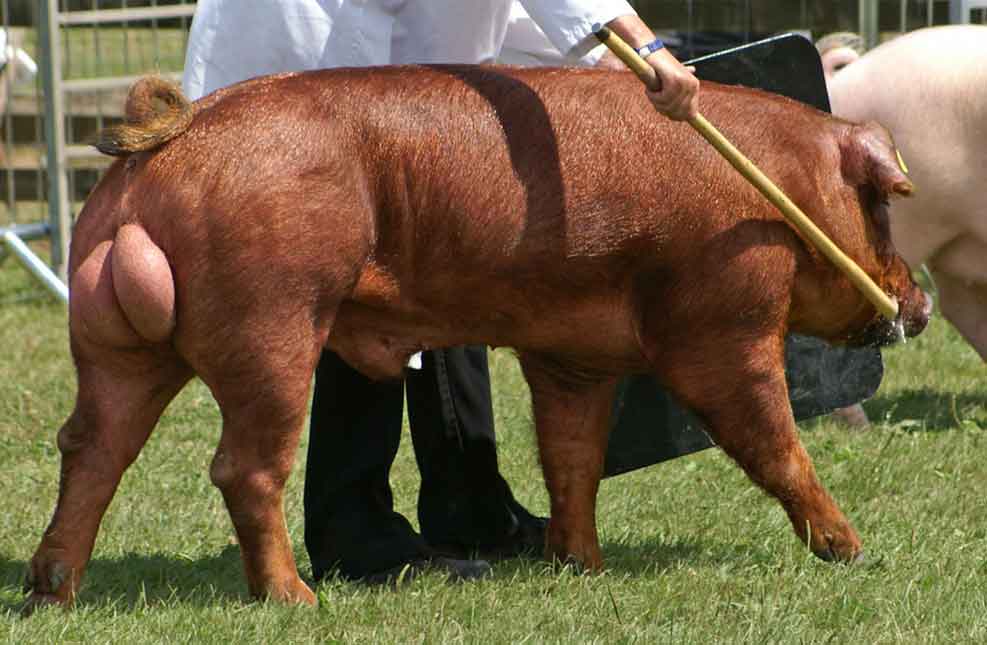 Contenidos ocultar
1 What are Duroc pigs?
1.1 What are the main characteristics of the Duroc breed of pig?
2 Duroc Breed and Iberian Pig Breed: the ideal cross
2.1 Characteristics of Duroc ham
2.2 The Best Gran Reserva Serrano Ham

Pigs are wonderful creatures that offer us delicious products, from the Gran Reserva Serrano ham to the Iberian Cebo

Cebo means feed in Spanish. In the dictionary we find two me... ham. And today we will talk about a very interesting breed of white pig

The white pig is a breed of pig, which apart from the Iberia..., the Duroc pig

The pig is a wonderful animal that is part of the famous Med....

If you want to know more about this species and the Serrano ham that is obtained from it, these are the characteristics of the Duroc ham that you have to know. Who better than Enrique Tomás to talk to you about curing? No one!

What are Duroc pigs?

The Duroc pigs are a breed of white pig from the United States with a fatty type of meat, which is highly suitable for making ham. This breed is a cross between two pig breeds of European and African descent: the Old Duroc and the Red Jersey. The Duroc pig is a very strong animal and has a great capacity to adapt to the environment.

What are the main characteristics of the Duroc breed of pig?

Appearance: the skin is reddish and the hair is abundant and smooth. The head of the Duroc pig is small and the ears are pointed. The legs are thick and the hooves may be black.

Location: Although they are pigs from the United States, their production is widespread both in this country and abroad. Unlike the Iberian pigs

The Iberian pig is an animal of the porcine breed, the name ..., which can only be raised here, the Duroc can be grown in different parts of the world. For example, in Europe, where their breeding is very widespread.

The genetic conditions of the Duroc pigs are perfect for crossing this breed with the Iberian ones. A pig from a Duroc father and an Iberian mother is 50% Iberian and also has the ability to infiltrate the fat into the muscle. In crosses between both species the Duroc pigs are usually the fathers and the Iberian pigs are the mothers.

Furthermore, according to the Iberian Quality Standard (R.D. 1469/2007, of 2 November) this breed of pig is the only one that can be crossed up to 50% with the Iberian breed.

The most important thing to know about Duroc ham is:

Name of the ham: the curing of Duroc pigs is not Iberian, it is Serrano. In this respect, it should be noted that any ham obtained from white pigs such as the Duroc is Serrano, never Iberian. Although the Serrano is good, it is not the same product, as the texture and taste of the Iberian is very particular.

To produce it, a traditional curing process

When we talk about curing in gastronomy we are talking about... has been followed, as well as our own knowledge, which is unique to our peninsula, which explains why it is such a select product. The Serrano ham

Serrano ham is considered a premium ham that is at the top o... that we sell at Enrique Tomás is Gran Reserva, the Serrano ham considered to be of the highest category. Ham is one of the star products of the Spanish gastronomy, a... produced with Duroc meat is the same as with Iberian hams, but the time is not. Fewer months of curing are needed to have the meat of the white pigs ready.

The minimum period required is usually seven months, and it can be up to 24 months. Depending on the time, we can differentiate the characteristics of the Serrano ham between: “Bodega or Cava”, those Serrano hams that need 9 months of curing; “Reserva or Añejo”, those that are 12 months doing this process; and “Gran Reserva”, those that require more time and for which more than 15 months are needed.

Production: 90% of the hams that are marketed in the world are produced thanks to the meat of white pigs such as the Duroc. However, they are not the only species used to produce Serrano ham, but there are also others such as the Celtic. Only 10% of the world’s ham production is Iberian, which explains why it is more expensive.

Price: the price of duroc ham can vary according to its curing time. For example, a piece of Gran Reserva Serrano Ham, which as we have said is the most precious Serrano ham cured for more than 15 months, costs 127 euros. In short, Iberian ham is obtained from pigs in our peninsula that can only be raised here and that have the capacity to infiltrate the fat into the muscle. The Duroc are the white pigs thanks to which Serrano ham is produced and their meat is less juicy, but just as tasty. These are the characteristics of Duroc ham and the pigs from which it is obtained so that you can become a real expert!

And while we’re on the subject of experts, at Enrique Tomás we are specialists in ham, so enjoy all our fantastic top-quality products: hams, cured-meats, wines and cheeses

Cheese is a foodstuff obtained by ripening the curd from the.... Enter our online shop to buy ham or shoulder!

Tipo de servicio
Sliced ham
Nombre del proveedor
ENRIQUE TOMÁS S.L.,
Occitania 45,Badalona,Barcelona-08911,
Telephone No.+34 93 383 84 85
Área
Sales Dpt.
Descripción
If you want to know all the characteristics of Duroc ham and the pigs of this breed, you have come to the right place. Enrique Tomás explains everything!