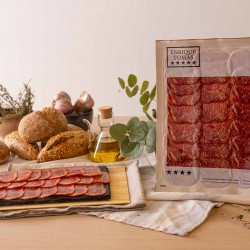 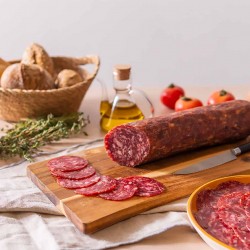 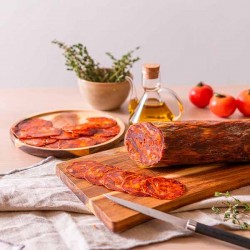 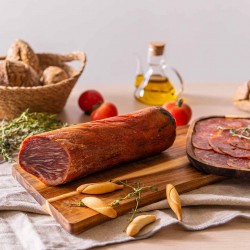 What’s the difference between chorizo and chistorra? Contenidos ocultar
1 How do chistorra and chorizo differ?
1.1 Its thickness:
1.2 Its ingredients:
1.3 Its preparation:
2 Nutritional differences between chorizo and chistorra

One of the most popular Spanish sausages at international le... and chistorra are two of the tastiest cured meats in our country, because everyone likes to enjoy them with a little bread! But do you know what the difference between chorizo and chistorra is? Since they are both red, it’s easy to confuse them, but in reality they are totally different products. If you want more information about it, you’re in luck! At Enrique Tomás we tell you everything!

How do chistorra and chorizo differ?

Both chistorra and chorizo are two red sausages

In Spain we know very well what a cured sausage is, but for ... prepared with pork

The pig is a wonderful animal that is part of the famous Med.... Both are very typical of Spanish cuisine and it is quite common to eat them in the form of a tapa. But, beyond this, what makes them different? Let’s take a closer look: Although a priori it’s easy to confuse them, since both have the same color, just look at their appearance. The chistorra is a thinner and more elongated sausage than the chorizo, which is usually larger in diameter and about 30 cm long.

As we have already mentioned, both sausages are prepared with pork. However, spice are also needed to carry out the production process. In the case of the chistorra, only garlic and paprika need to be added, but for the chorizo these ingredients and other spice are needed.

The chistorra is a semi-cured sausage, while the chorizo is cured

When we talk about curing in gastronomy we are talking about.... This means that one needs more time than the other to be ready.

Related to the above, the way to serve it is different: as the chistorra is not completely cured, it has to be cooked. The most common way is to fry it or roast it and serve it with some bread, some people like to add some aioli. The chorizo can be served raw, fried or roasted, and it is exquisite either way!

Although both are Spanish, they come from different areas of the country: chistorra is typical of Navarra and the Basque Country, while chorizo, depending on where it is prepared, is one way or another. There are many types of Spanish chorizo and depending on which one you try, you will notice stronger or softer nuances. For example, chorizo from Navarra is a little sweet but intense and chorizo from the Canary Islands, known as chorizo de Teror, is perfect for spreading. Some are better than others to integrate in different stews, such as lentils with chorizo, while others are ideal to take them raw or with some broken eggs with chorizo and potatoes. Therefore, depending on the type of dish you want to prepare today, you will have to buy one or the other.

Nutritional differences between chorizo and chistorra

Although in this section the differences are not very noticeable, they must also be taken into account. The first thing to note is that it is important not to consume either in large quantities, as we say in Spain “if the good is brief’ then it is twice as good” . As far as its nutritional value is concerned, chistorra has more iron and vitamins A, B3 and B12. And that said, now that you know the difference between chorizo and chistorra, what are you waiting for to try both? Ham is one of the star products of the Spanish gastronomy, a...
Nombre del proveedor
ENRIQUE TOMÁS S.L.,
Occitania 45,Badalona,Barcelona-08911,
Telephone No.+34 93 383 84 85
Área
Sales Dpt.
Descripción
If you want to know the difference between chorizo and chistorra, you're in luck because at Enrique Tomás we're going to explain it to you in detail!