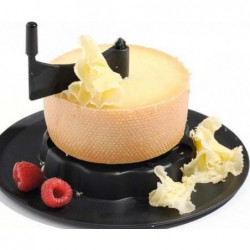 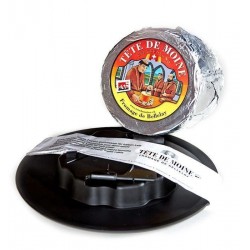 Tête de Moine AOP is a fantastic semi-hard Swiss cheese. The cheese has a very fine texture which makes it melt easily in the mouth, a real pleasure! This cow's cheese has been made by the monks of the abbey of Bellelay for eight centuries and one of its main characteristics is the peculiar cut in rose flower shape. It is recommended for appetizers and to complete a good cheese board. Cutting machine “Girolle” not included.

The designation of origin and the particular scraping that gives rise to the 'Tête de Moine rose flowers" are protected by law from imitation. 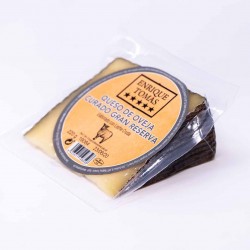