Cured Jamón or Jamón ibérico, what is best? 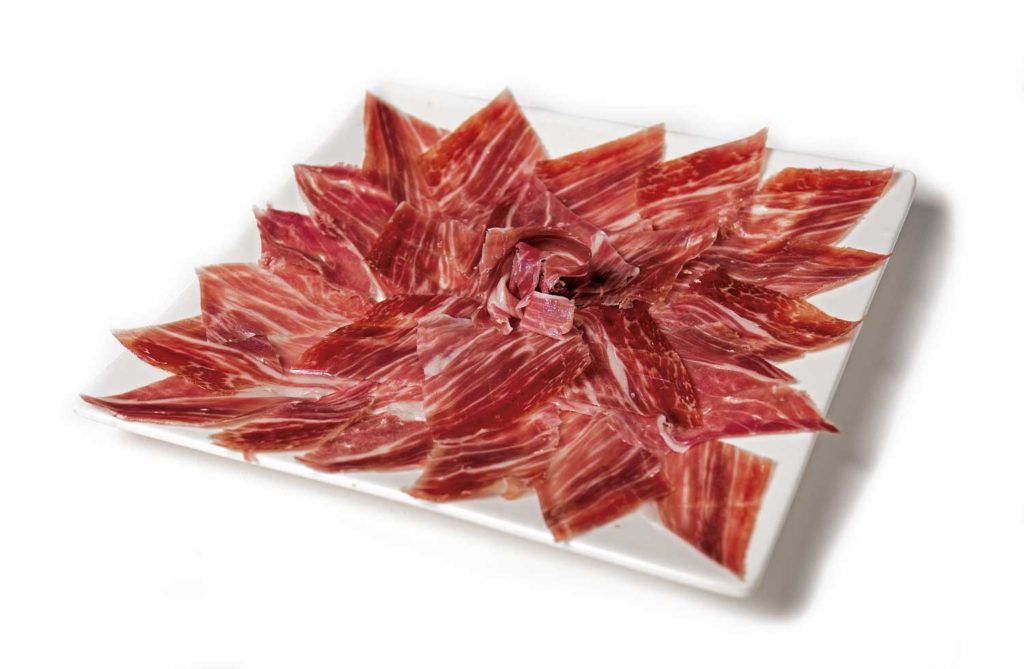 When it comes to buying Spanish Jamón/ham or simply enjoying it, there are many words to keep in mind. Cured meat, Iberian breed, Serrano and Bellota (acorn) are the most frequently repeated. But the truth is that there are big differences between each of them, as we refer to simply Jamón/ ham. Thus, if you do not know whether cured ham (jamón serrano) or Iberian ham (jamón ibérico) differ from each other or which is better, at Enrique Tomás we are going to explain everything you need to know. This way, the concepts and differences will be clearer and you will be able to talk properly about what you like most, Spanish Jamón!

Are all types of Jamón cured?

The answer is yes when we talk about Jamón. Jamón, talking about the leg, is nothing more or less than the hind leg of the pig that has undergone a curing process and a meticulous elaboration. Undoubtedly, Jamón is the cured meat par excellence, but it is not the only one. CuringWhen we talk about curing in gastronomy we are talking about... More is a process of preserving and seasoning food, a procedure to which not only pork is subjected, but also some fish and red meat. In the past, it was used to preserve food for a longer period of time. The fundamental difference is the breed, the Iberian ham comes from the Iberian breed and the cured, simply so-called,  without further details, comes from the common pig, of white breed and the result is what is usually called Serrano in Spain. More practical information in our video below.

What is needed to cure the meat? To achieve this we need a combination of salt, sugar, nitrates, nitrites and time, although there are also some curing processes that involve smoked cooking.

To simplify the curing process, regardless of the type of Jamón in question, it consists of avoiding the rapid decomposition of the food, extracting all the water from within to prevent the propagation of microorganisms. Although it may seem simple, the curing process of a Jamón is complex and requires all the experience, care and time of artisans and jamón experts. How do we do it? From products such as:

– Help kill bacteria and in turn, produce a characteristic flavor and color.

In conclusion, all hams are cured hams and although the word refers to the process of “cooking-preserving” the meat, in Spain, cured ham is the name given to Jamón from white breed pigs, which is also popularly known as Jamón Serrano. So, what is the main difference between Serrano ham or cured ham (Jamón curado) and Iberian ham (jamón ibérico? Here we tell you all about it!

The main difference is found in the breed, Serrano ham comes from the non-Iberian pig while Iberian ham comes, as its name indicates, from the Iberian breed, unique and exclusive to the Iberian Peninsula.  The main characteristic that makes this breed unique and different from the rest is its ability to infiltrate the fat into the muscle in its meat, which results in an extraordinary, juicy, and very tasty flavor, especially in the Bellota Ham 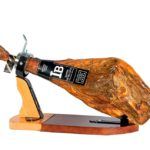 Ham is one of the star products of the Spanish gastronomy, a... More, which we will explain below.

According to Spanish regulations, for a pig to be considered Iberian breed, it must have a minimum purity of 50%, always obtained from a 100% Iberian mother, who determines the breed of the animal.

In order to distinguish the types of Iberian ham, in addition to the percentage of Iberian breed, the pig’s diet must be taken into account.

The Iberian breed is unique in the world due to its genetic qualities and its breeding on the Iberian Peninsula, but in terms of feed, Iberian ham can be called “cebo de campo ibérico”,  or “Bellota ibérico Premium”, depending on whether it has been raised exclusively on the farm, fed on feed and cereals, or has grazed in freedom in the countryside, or has done “the Montanera” and therefore its diet is  mainly composed of wild herbs, acorns and while grazing freely until it has reached the right weight.

The most prized of all is the 100% Iberian acorn-fed ham (jamón Bellota ibérico premium), popularly known as pata negra. This delicious jamón come from pigs raised in freedom  during the “montanera” season, that is, for more than 4 months, have been fed on acorns, wild plants, roaming freely, doing a lot of exercise and muscling their limbs. The final product of this animal could not be other than a meat with an exceptional flavor thanks to the infiltration of fat in the muscle, as well as the vegetable oil from the acorns that impregnates the meat, and the good care and dedication of the experts. Eating this Jamón is a pleasure for all the senses. As we say at Enrique Tomás: “Nobody eats Jamón just to satisft hunger”, we eat it to enjoy it.

This is an Iberian ham from an Iberian pig raised on a farm and free-range, but which has followed a double diet: one on the farm with feed and the other free-range in the countryside with wild herbs and plants, where it has also made plenty of exercise. A delicious Jamón Learn more about Jamón de campo ibérico.

Thus, cured ham or Iberian ham? You already know that both are cured and that the difference lies in the breed of pig from which it comes, its feed and the curing time. If you are wondering which is better, check these three points and tell us for yourself which one is better for you:

1.         The quality of an Jamón ibérico will always be superior to that of a Jamón Serrano.

Although the main difference is the type of animal from which they are obtained, there are other differences between Serrano ham and Iberian ham.  In any case, the most important thing is that whenever you go to buy ham you do so in a specialized store or a trusted place where experts can answer your questions and make you taste the Jamón you want to buy before taking it home. And, enjoy! Tipo de servicio
Spanish Jamón/ham
Nombre del proveedor
Enrique Tomás S.L.,
Holanda 27,Badalona,Barcelona-08917,
Telephone No.+34 93 383 84 85
Área
Sales Dpt.
Descripción
Have you ever wondered whether it is better to buy cured ham or Iberian ham? At Enrique Tomás, we explain what you need to know about what is called cured ham, so that you can always distinguish it from Iberian ham.