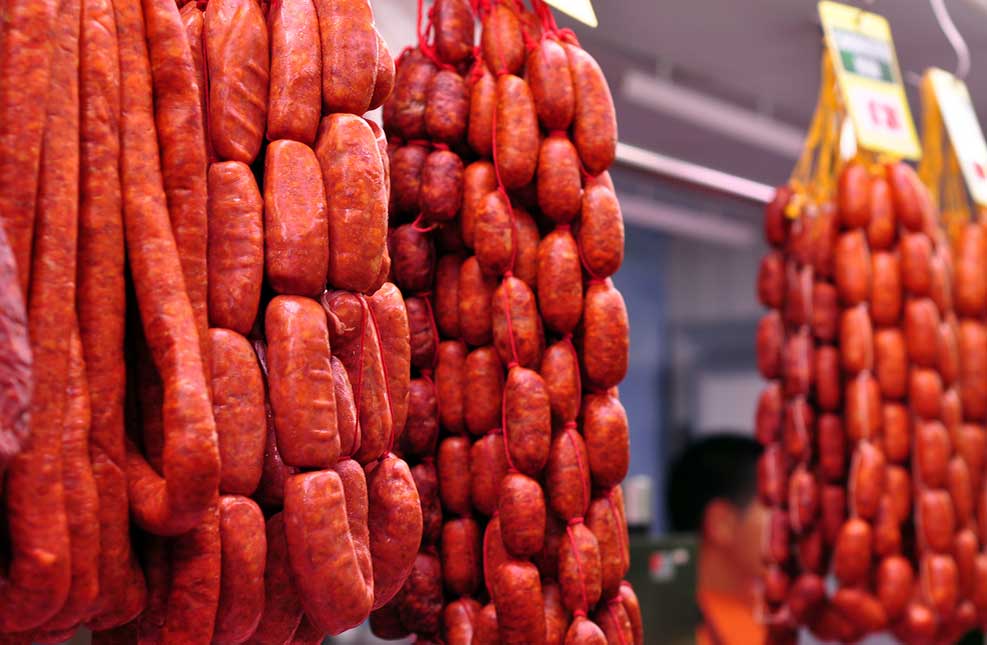 Contenidos ocultar
1 What is chorizo?
2 Types of chorizo
2.1 Depending on the type of meat
2.2 As for the production area
2.3 According to its shape

One of the most popular Spanish sausages at international level, although each country has its own tradition when it comes to making chorizo, Spanish chorizos are the most popular, used to eat alone, to prepare stews and much more. For its preparation, pork meat and bacon, paprika, garlic, salt and tradition are needed. Although its elaboration seems to have no secrets, like any artisan process, tradition has a lot to do with it. And for the moment what we positively know, is that in a good sausage table can not miss a portion of sliced chorizo… everyone will thank you!

According to the dictionary of the Royal Spanish Academy, chorizo is a “short piece of meat gut, usually pork, minced and marinated, which cures in smoke”. But this concept is not enough to explain the wonder of Spanish chorizo. So, let’s start by explaining that the main ingredients of any chorizo are pork and bacon, paprika, garlic and salt. Paprika being the key ingredient in the preparation of this magnificent sausage.

Before the arrival of paprika in Europe, the sausages were white or black, if there was any blood among their ingredients. Yet, the arrival of this spice from the Americas changed everything. As for the recipes, as in most traditional dishes, there is no original recipe as they were passed down from generation to generation and each family had its own. However, the process was the same, just after the slaughter the meat was selected, seasoned and after a short rest were stuffed into the animal’s guts and finally hung in the cellars and let them cure. The chorizo, once cured (air dried or smoked) was kept in containers made of clay until it was consumed.

Nowadays, traditional and artisan production is highly valued, procedures that make it possible to taste high quality products such as Iberico de Bellota products. This type of product is left to marinate for at least 24 hours and then stuffed and cured for 3 months.

Although the ingredients are always the same, there are many types of chorizo. In order not to go on too long we are going to talk alone about pork chorizos and classify them according to three main areas: type of meat, processing area and shape.

Depending on the type of meat

As for the production area

According to its shape

Now that you know so much about this famous sausage, all you have to do is go to the practical part and enjoy the best Enrique Tomás products. 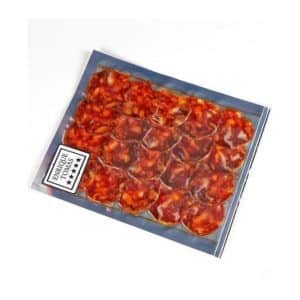 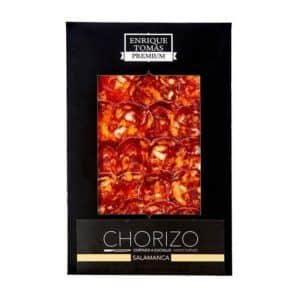 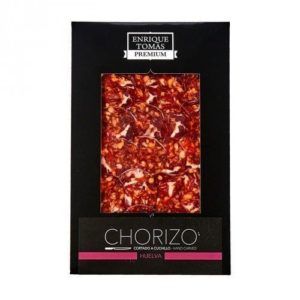