Why is it called Jamón Pata Negra? 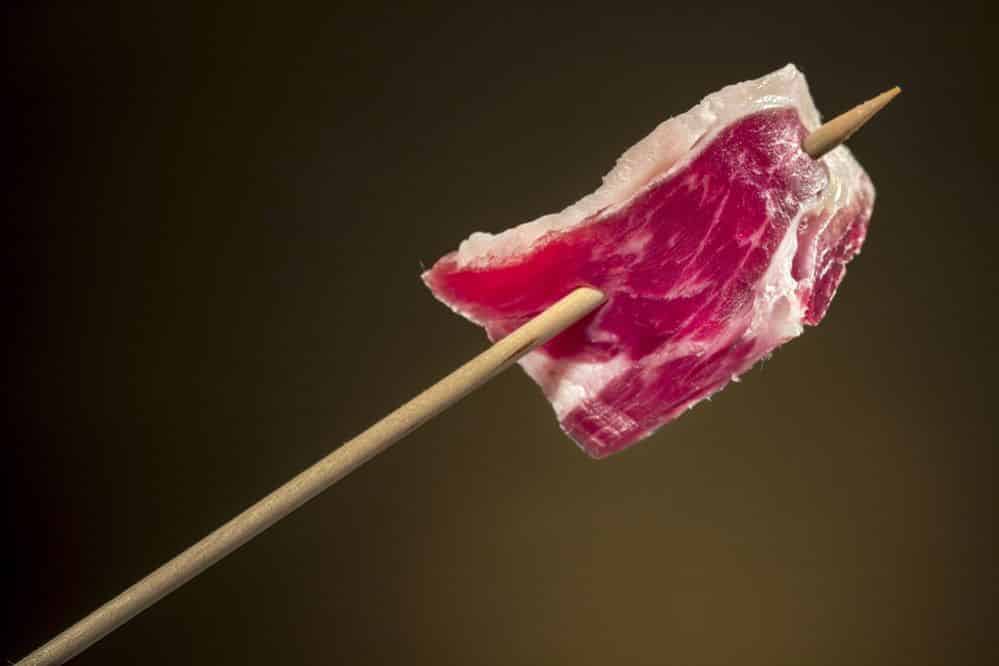 Do you want to know why it is called “Jamón de Pata Negra” to the purebred Iberian ham? The reason that explains it is very simple and in Enrique Tomás we will explain it to you.

Where does the expression Jamón Pata Negra come from?

Many people tend to think that all Iberian pigs have black skin and black hoof, hence the name “black paw-Pata Negra”, but nothing could be further from the truth. There are some breeds of pigs, such as the Duroc, which can have a dark hoof, as well as Iberian pigs, especially those whose breed purity is 50%, which can have them white. Therefore, Jamón Pata Negra or rather, that the Jamón has the black hoof, is NOT synonymous with Iberian ham.

The first thing to keep in mind is that Iberian pigs are a unique animal species in the world because they have the ability to infiltrate fat into the muscle and this is what makes their meat more oily than other pigs and, therefore, considered to be of the highest quality. However, this is not the only difference between our own peninsula and the rest, there is a physical factor that makes them different, the shape of their legs.

Paying attention to their composition is the easiest way to discover if a ham is Iberian or not, but we insist, we have said shape, not color. The Iberian pigs, unlike the white pigs, have the front and back legs more stylized, with a thinner rod, and it will suffice that you pay attention to this to know what breed of pig you have in front of you. 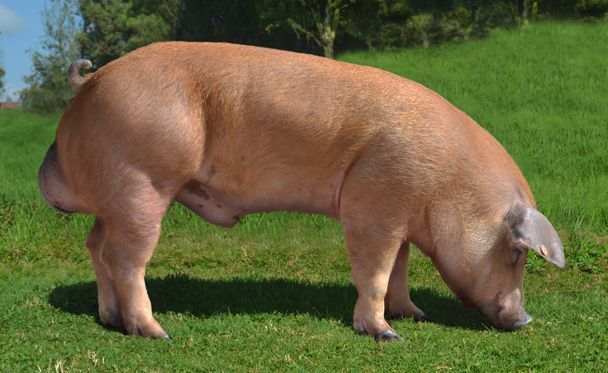 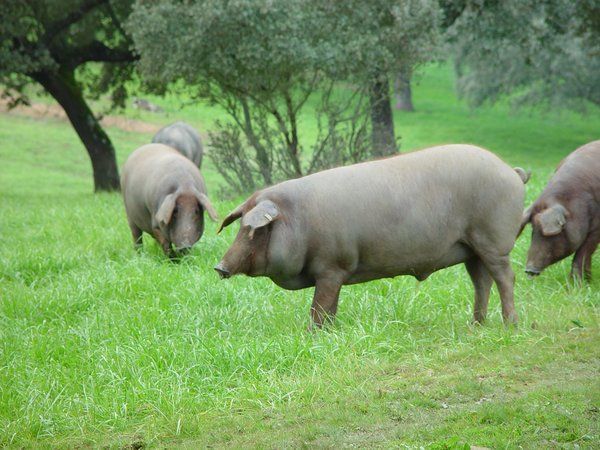 PigThe pig is a wonderful animal that is part of the famous Med... More of Iberian breed

It is the one worn by acorn-fed hams-Jamón de Bellota from 100% Iberian pigs and is known as “black-footed-Pata Negra”.

It is worn by pigs with a breed purity of 50% and that have been fed on acorns during the montanera season.

It is worn by pigs with a 50% racial purity that have eaten both feed and acorns after the Montanera.

This is the hallmark of Iberian pigs with a single Iberian progenitor fed on feed and cereals.

Therefore, it is known as Jamón Pata Negra of the highest quality, that Iberian 100% fed on acorns, but this does not mean that it is the best. When choosing an Iberian ham -Jamón ibérco you have to think first what kind of flavor you want and based on that you have to bet on some types or others.

In short, why is it called Jamón Pata Negra? Because it takes the part for the whole and tends to generalize the color of the hoof as the authentic one of the species. However, it is only Iberian ham that comes from Iberian pigs, but this does NOT mean that it necessarily must have the black hoof because this factor is not unique to Iberian pigs.  If you want to know if the Jamón you are going to buy is typical of here or not, all you have to do is look at the shape of the leg and, above all, the labeling of the piece. When you have it at home and enjoy its aromas, nuances and oily touch, you will know that it has been a success! You’re gonna love it!

And if after all this theory you want to go to practice and buy Jamón Bellota Ibérico, here you have an excellent choice of Jamón Pata Negra full of flavor to fall in love with: